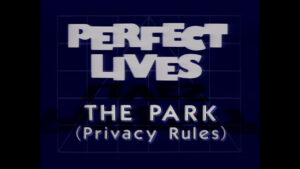 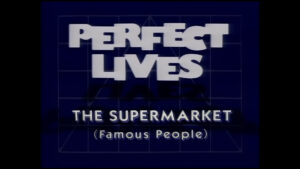 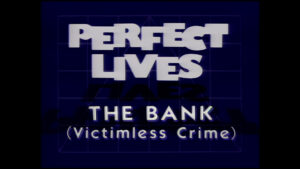 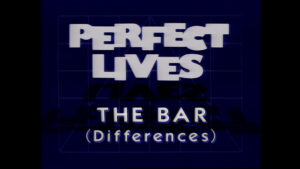 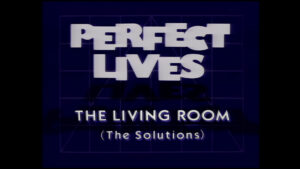 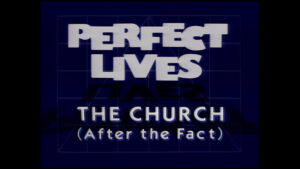 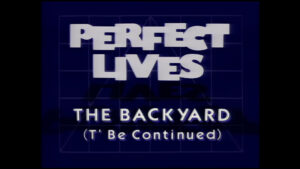 Robert Ashley’s 1983 avant-garde opera for television “about” bank robbery, cocktail lounges, geriatric love, adolescent elopement, et al, in the American Midwest. One of the definitive text-sound compositions of the late 20th century, it has been called a comic opera about reincarnation.

Remastered from the original NTSC one-inch tapes to high definition files for John Sanborn’s “Between Order and Entropy” retrospective at the ZKM Center For Art and Media, Karlsruhe, Germany (July 9, 2022 – October 30, 2022). Mimi Johnson commissioned Winkler Consulting Inc. for this six-month video restoration project. It included research and  development of a complex, multiple application workflow, employed artificial intelligence based scaling and required the manual repair of over 1,500 individual video frames. No creative changes were made to PERFECT LIVES. However, any technical repairs that we wanted to make 39 years ago but did not have the technology for at the time were done as part of this remastering process.

Raoul de Noget (No-zhay), a singer, and his friend, Buddy, “The World’s Greatest Piano Player,” have come to a small town in the Midwest to entertain at The Perfect Lives Lounge. For some reason, unexplained, they have fallen in with two people from the town, Isolde (“nearing 30 and not yet spoken for”) and her brother, “D,” just out of high school and known as “The Captain of the Football Team” (his parents call him Donnie), to commit the perfect crime, a metaphor for something philosophical: in this case, to remove a sizable amount of money from The Bank for one day (one day only) and “let the whole world know that it was missing.”

“D” is currently Assistant to the Manager at The Bank. He learns that Gwyn, one of the tellers, intends to elope with his friend, Ed. “D” is asked to “come along” with Dwayne, another friend, who has a problem speaking (that is, he speaks, but has trouble being understood.) “D” knows the key to opening the safe. The plan is, then: to take away the money in Ed’s car to Indiana (goal of the elopers), to keep it in circulation, as it were. They leave at 5 AM.

While the lovers are in passage, Raoul and Buddy, with Buddy’s dogs, and, separately, Isolde enter The Bank at midday. The dogs create a ruckus (“like a noise from Hades”) that gives Isolde the excuse to get a bucket of water from next door to throw at the dogs and miss and soak the Bank Manager, who goes into the safe for a change of clothes, only to discover that “The Bank has no money in The Bank.” As part of the plan, Isolde has phoned the Sheriff’s Office, disguising her voice (her father, Will, is the Sheriff; Ida is her mother) to report an accident “out on the highway.” There is no “accident,” of course, and, recognizing the meaning of the decoy, Will puts it all together later under Ida’s questioning.

Among the tellers (Jennifer, Kate, Eleanor, Linda, and Susie) who are witnesses to the dogfight and the terrible discovery and who understand what happened—from different points of view, so to speak — only Susie noticed that the dogs “went out together,” and she’s not telling. She fell for opera at first sight because of Buddy, who because of his fancy style of dress is often mistaken for a foreigner (“There’s no doubt the Mexican is in it. The doubt is that he’s Mexican.”) That was at 12:45 PM (“remember that!”) And in The Bank at that time are Helen and John, innocent bystanders from The Home, doing business “on a holiday.” That is, they have fallen in love (in The Home), but they are not allowed to marry, or one will “lose the privileges.” So, every other weekend they take adjoining rooms at the motel right off The Park (where, by coincidence, Raoul and Buddy live, and where we first meet Raoul trying to order breakfast on the phone.) This is just the beginning of their weekend, and at 3 PM we see them in The Supermarket, shopping, a little jangled, set against each other by the excitement, but far from down and out.

Sometime later, probably Monday, in The Bar, Buddy and Raoul on their “day off from music” have come to celebrate, little knowing that there they will meet Rodney, The Bartender, whose wife, Baby, aspires to Boogie Woogie, ceaselessly and without much success (“Happy she is the traveling salesmen say, but Boogie Woogie she is not.”) studying the video tapes (The Lessons) that Buddy takes around with him and distributes at the local music store wherever he is playing. Rodney is philosophical, especially about Baby’s talents, but skeptical about Boogie Woogie. And “now he’s met his nemesis…face to face.” They talk.

Meanwhile, back in time (to the evening of the big day), Will and Ida, in The Living Room, solve the puzzle, perhaps even to the motive, but it’s too late. Somewhere in Indiana, with the money hidden in the car (unknown to Gwyn, of course: “Gwyn’s not guilty”) and certain of their success, Ed and Gwyn and Dwayne and “D” have found a Justice of the Peace who will perform the ceremony (“I handle speed traps, elopements, true signatures and the like”), and who recognizes in Gwyn something so urgent (“and why is the Bride-to-be so—uhn—what is the word?”), something so dramatic—”(She is a (p’)monkey, Sir.”) — that he is transported to somewhere in the past, to another ceremony, to another Bride-to-be (“Lucille,” who speaks in tongues), to a confusion of time and place where other (famous) marriages are enacted: “Snowdrift,” abandoned at the altar; and so forth. And while we pause to eat the wedding cake, his humble situation (“right off my bedroom is my office”) is transformed before our very eyes into The Church (“the church of the great light.”) And we are satisfied.

Meanwhile, back in town, in The Backyard, a few friends and relatives have gathered, as usual in summer, to picnic, to celebrate the changing of the light at sundown. And watching from the doorway of her mother’s house, Isolde counts the days.